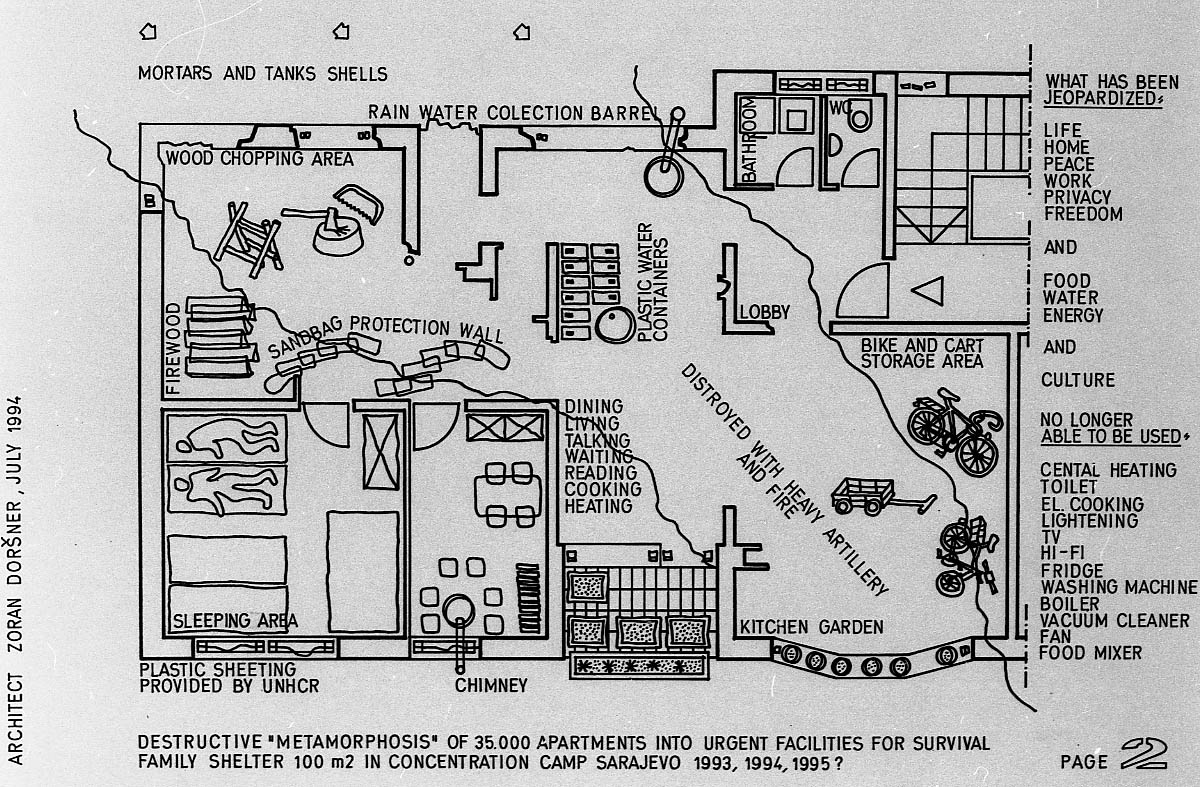 The research shows experiences of the war in Sarajevo from the citizens’ point of view, learned from architectural drawings, videos, photos, and other media projects from the war, different from sensational media representations. The results display how citizens in Sarajevo have been responding to the military violence during the siege between 1992-1996, relying on all available architectural and other materials. The newly developed x-media analysis includes the study of analogue and digital media documents on the war in Sarajevo, and a translation of the analogue materials to the digital materials for exhibitions or lectures. A virtual reality model includes a 3D model of the city and a transformed by war modernist apartment. Archival photos and videos from the war are collected in the open source digital archive ‘un-war space’.